10 lucky Year 5 children had the chance to go to the Guildhall to vote for the winning book of this year's James Reckitt book award. Lots of the local primary schools were also taking part and the Guildhall was bursting at the seams! The children were divided up into different groups and settled around big tables and the day started. We listened to the author of 'Ghost Soldier' who is called Theresa Breslin. She started off her speech with a gas mask on to show us what it was like at the start of World War 1. She explained where she got her ideas from and how she wrote her book. Next we saw a video message from David Gilman who wrote 'Marley and Me'. The third author was Chris Hill who wrote 'Lucky' and she gave a very dramatic reading of the fight scene from the book. We then had chance to discuss these books as a table. Lara Williamson couldn't be with us so she sent an email message. Following this, we heard from Elizabeth Laird who has travelled all over the world and used ideas from these places to write 'The fastest Boy in the World'. We then discussed these two books before deciding who to vote for. After this we had dinner and a chance to buy books before getting them signed by the authors. Finally we listened to author Liz Baddaley talk about writing and the ideas behind some well known books. It was then time for the winner to be announced ... 'Ghost Soldier' by Theresa Breslin.

We had a great day and the children were brilliant representatives of the school.
Mrs Everingham 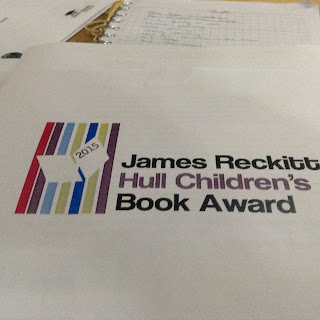 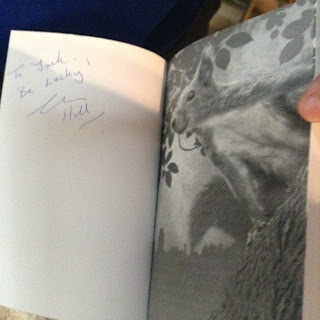 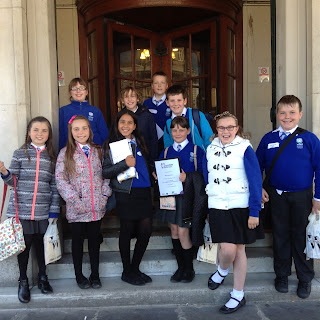 Posted by Wold Primary Academy at 20:45