In Year 3 we have been studying the Ancient Greeks as part of our history and geography topic. We were very lucky to be able to invite the Red House Theatre Company in for the morning on Friday 8th November 2013. Olga and Luca travelled forward in time all the way from Ancient Athens (on a donkey) to join us! We all put on a chiton and settled down to learn about life in Ancient Greek times. We learned about the differences between the city states of Athens and Sparta, about the Ancient Greek olympics, their alphabet, the agora (the Ancient Greek market place) and we even retold a myth. In the afternoon we had a go at Greek dancing and tasted some typical Ancient Greek food - which some of us really didn't enjoy! We had a great day and learnt lots of new things. Mrs Everingham 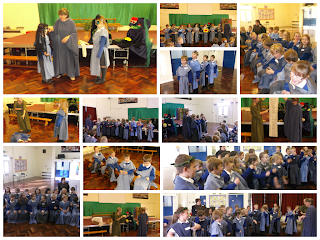 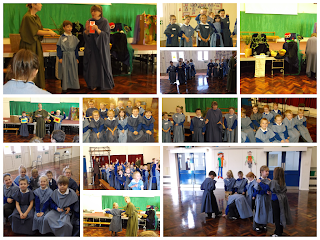 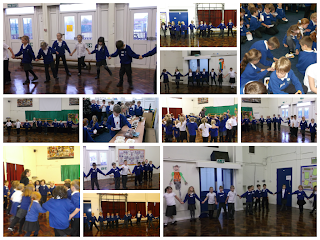 Posted by Wold Primary Academy at 15:48